Deep into the month of November, and just a few days ahead of the Thanksgiving holiday, Mother Nature’s colder grasp is finally reaching the National Football League. A number of games across the country will likely have kickoff temperatures near or below freezing for the first time this season. In Cleveland, we could also see a few flakes fly, mixing with rain showers in the Browns-Jaguars tilt.

Fortunately, many of the early games this Sunday are indoors, with games in Minneapolis, Houston, and New Orleans being played in domes. Meanwhile, a long-delayed game between the Miami Dolphins and Tampa Bay Buccaneers will finally be played. The game was originally scheduled for Week 1, but was delayed due to Hurricane Irma.

Here are all your forecasts for the 1:00 pm eastern time kickoffs: 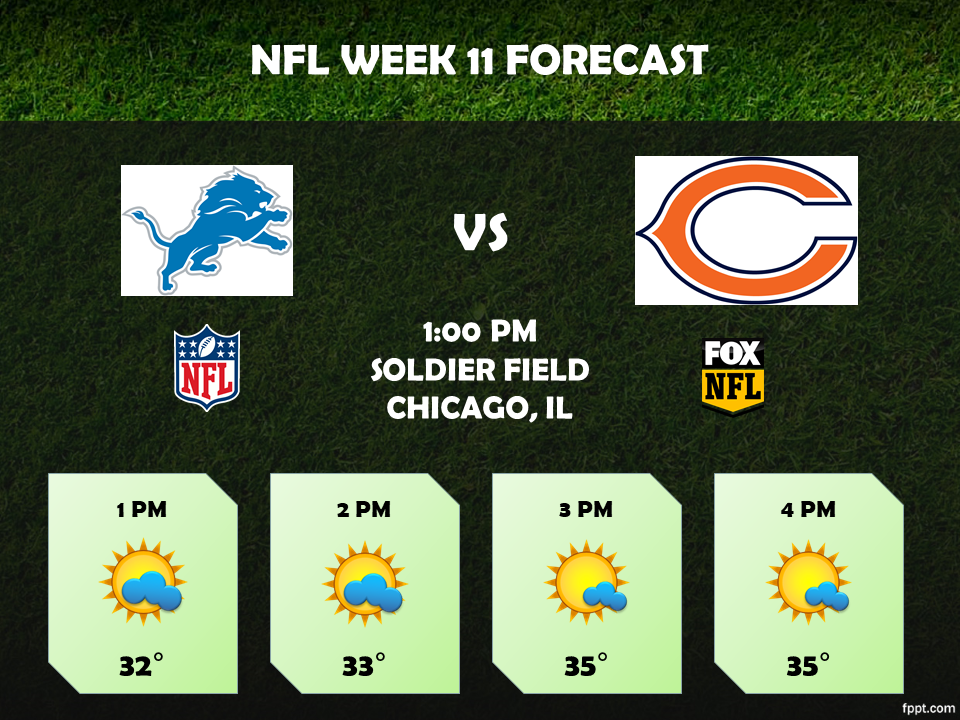 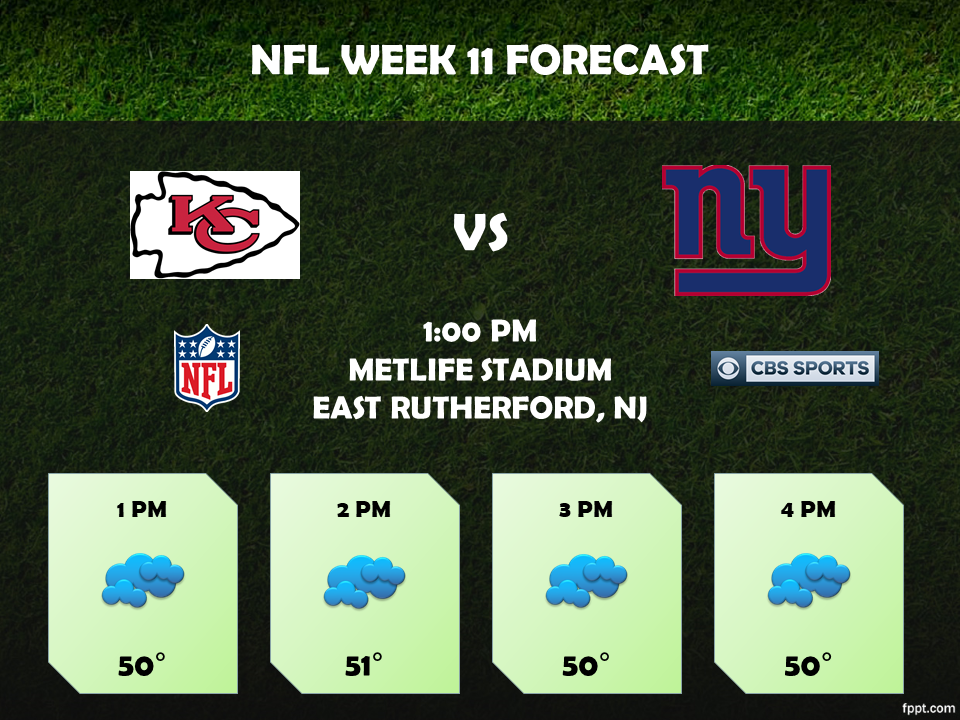 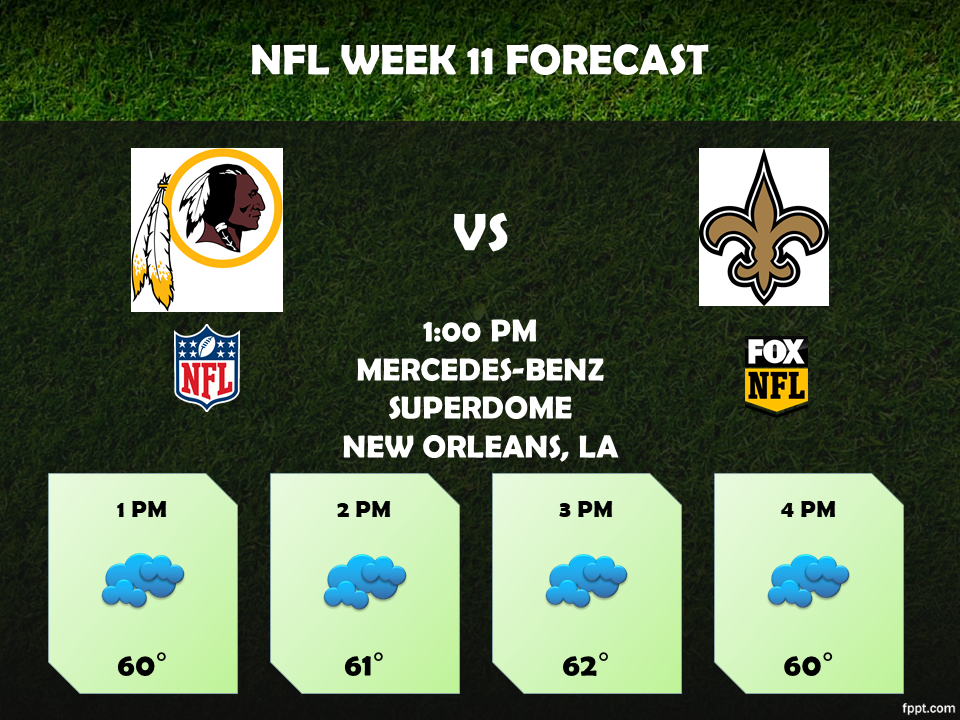 The three games that kick off in the late 4:00 pm eastern window all look to be played in fair to favorable conditions. The most challenging climate will be for the New England Patriots and the Oakland Raiders, who will have the highest altitude game of the year at Estadio Azteca in Mexico City.

Here are all your forecasts for the 4:00 pm eastern time kickoffs: 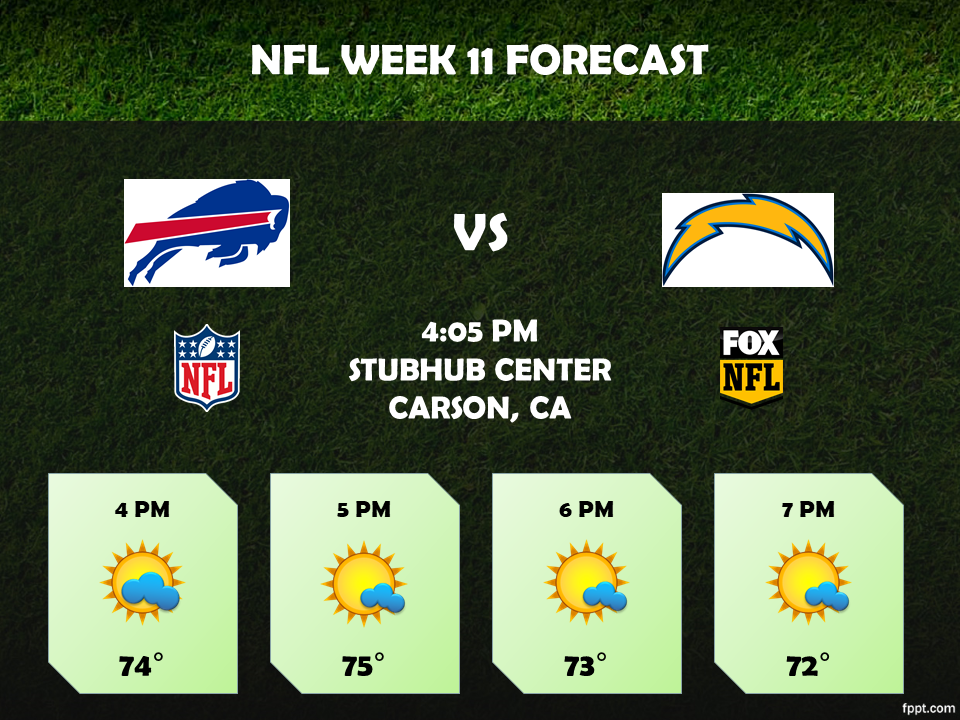 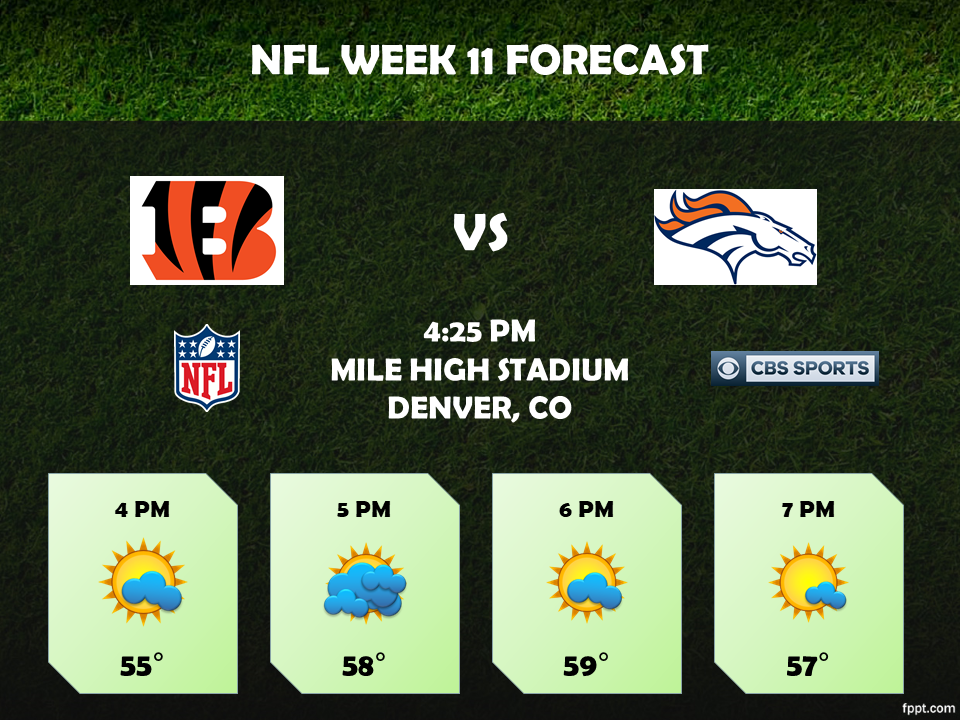 Finally, out of the two night games remaining in Week 11, the most adverse conditions will be expected in Seattle. A new system entering from the Pacific will bring likely rain during Monday night’s game versus the Atlanta Falcons. However, no weather impacts are expected on Sunday night for the Philadelphia Eagles and Dallas Cowboys. 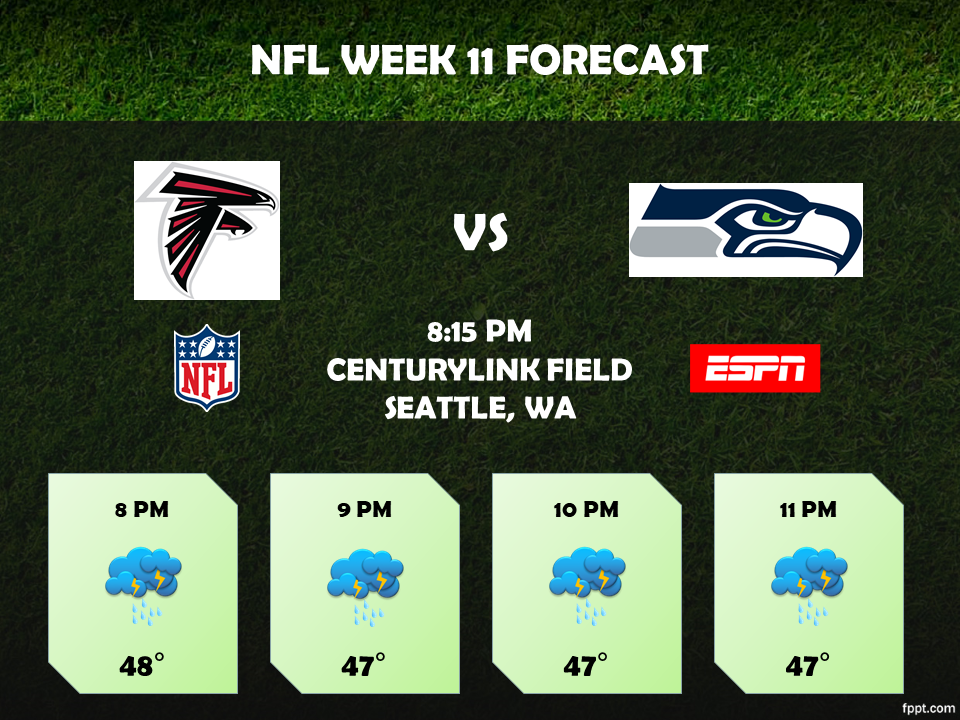 As always, be sure to check your local forecast from the National Weather Service or your local trusted station before heading out to the stadium or to tailgate. Always be prepared for whatever Mother Nature will bring.

Most people at home know me as the weatherman, but I am much more than that. I love talking politics, whether on facebook or with my friends at school. I am the Student Body President at PSU, and an active member of many orgs and committees on campus at PSU (message me for more info). I go to Plymouth State University in New Hampshire (the best school I know!), studying meteorology. I am a huge race fan! NASCAR, IndyCar, F1, and more! Finally, I love talking to people, getting their opinions, and questioning the norm. Just what I do. View all posts by Alex Herbst